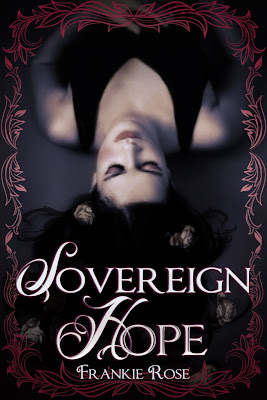 Everyone has a soul

Some are just worth more than others

Farley Hope was seventeen when her mother disappeared. In the last six months not much has changed, except that her eighteenth birthday came and went and still no sign of Moira. Her life is just as complicated as it always was: since her father died in a car crash before she was even born, she’s officially parentless, and to top it all off she’s still suffering from the hallucinations. Mind-splitting, vivid hallucinations- the kind prone to induce night terrors on a grand scale.

The last thing on her mind is boys. Farley is on break from St. Judes’ when she meets Daniel. It’s not some casual run in at a party, or even a blind date with friends, though. Daniel is the guy stalking her in his '70′s Dodge Charger; the guy standing at her  window in the LA lunch hour traffic, determined on dragging her out of her truck.

The moment Farley lays eyes on Daniel, everything changes. She is drawn into a world that will shake apart everything she thought she ever knew. There are truths out there that she must learn: who her father really was, and what it means to have his blood flowing through her veins; that a person’s soul is their only real currency, and there are people who would do anything to take hers; that loving someone can hurt so much more than hating them; but, most importantly, when your future is predestined, there is little you can do to change it.

Her coming has been awaited for hundreds of years.
She is destined to end the tyranny of the Soul Reavers.

To do so she must die.

Wow! This was a fantastic YA story and the cover is very eye catching! It takes a lot to wow me when it comes to YA but this book was amazing! Enter the world full if immortals but not the usual kind you read about....
Sovereign Hope starts out with a girl named Farley, her Mother left work early one day and hasn't been seen since and that was six months ago. Farley is just shy of turned 18 and is in her last year of High School, her best friend Tess is all she has left since her Father died before she was born.While on her way home one day she realizes that she's being followed, in her haste to get away she doesn't realize the vehicle in front of her has stopped and she slams into the back of them.The events that unfold have Farley questioning reality especially a boy trying to save her named Daniel.
Farley finds out the people after her are Reavers, Immortal people who live in tunnels under the city and steal Mortals life forces. I loved how the story developed and the way the plot really thickens with each bit of knowledge Farley collects.  Daniel does everything he can to keep Farley safe from the Reavers even going against his heart. The pull with these two characters is intense and the secondary character's are fantastic as well! Farley tries to deny her attraction while Daniel thinks by pushing her away that she will not give into her feelings. Daniels a bad boy that everyone is going to love.
I highly recommend getting a copy of this book, I'm sure my review doesn't do the book justice but I hope it's enough to intrigue your curiosity. Full of action, a love that tries to be denied and the discovery of an underground world that Farley has ties to. Oh and of course Daniel!

Favorite Quotes:
"Dreams. Nightmares. They're two sides of the same coin down here, Miss Hope. One can easily turn into the other in the flash of an eye."

"It's a beautiful dream, love. But some dreams just cost to much."
Find Frankie Rose Here 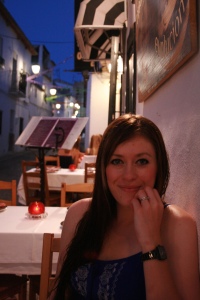 Guest Post with Frankie Rose:
Guest Post… what the heck is a guest post?? I had no idea, guys. I procrastinated writing this for so very long, because I really had no clue what was required of me. I guess I should have saved me some time and google’d it, because it turns out it’s quite easy! I just have to tell you about myself, apparently.

So, I am Frankie Rose, author of Sovereign Hope, the first book in The Hope Series.  Being an indie author, I published my own work, and for a very long time there has been a stigma attached to authors who have done this. In the past, it often meant that an author couldn’t score a contract with a traditional publishing house. These days that just ain’t the case!

I was offered a traditional publishing contract with a small press company, and, after much deliberation, I decided I would go it alone. There are many reasons for this, and I bet some of you probably think I’m mad. But I’m not, I swear. Here’s why.

I spent a long, long time working on a book that I loved writing. I organized for the cover to be drawn up; I revised it endless, and then had it edited; I came up with a title I thought was pretty darned awesome, and I polished that baby ‘til it shone.

And then…I got an offer for a contract with an agency, who wanted me to sign over my rights, artistic and otherwise, so that when my book came out it might no longer be called Sovereign Hope; the cover might be entirely different, based on what they thought was appropriate for the story; and the editing was entirely out of my hands. They expected me to do my own marketing and organize my own blog tour, and they wanted me to wait close to a year to release my work. To top it all off, they required a nice fat wedge of my royalties for the pleasure.

I grew a lot on my journey to become an indie author. I can tell you now, it was an incredibly liberating experience, and the title ‘indie’ really is an accolade, nowadays, instead of something to be looked down upon with negativity. Sure, it was hard work, but it was so, so gratifying.

I learned so many new skills, which have helped me to get my work recognized out into the public.  Every one of those skills is invaluable to me now, and I am going to be able to carry them with me through my professional career as an author. Most importantly, I’m going to be able to utilize them to help others setting out on their own journeys to become independent authors.

Get Involved!
I’m trying to hunt down the perfect guy to become Daniel for the cover of Eternal Hope. The lovely Brandy, here at All The Fun Starts After Dark, sent me her pick for Operation: Find Daniel; she imagined hottie Tyler Hoechlin as Daniel when she read Sovereign Hope, and I was blown away when I saw the photo she sent me! I hadn’t had the opportunity to watch Teen Wolf at the time, and I’d never laid eyes on Tyler before.  Since then, I have made a considerable effort to catch the show as often as I can ;) 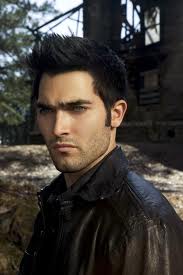 Sovereign Hope is available for free right now on Amazon but for only Amazon Prime Members, but you can try your luck here and possible win an Ecopy! Everyone is welcome to enter, only mandatory entry is to be a blog follower which can be found in the right side bar all other entries are extra. Good Luck, it's a great book!
a Rafflecopter giveaway
*We are just one of many stops during the blog tour, here's the full list where you can find interviews and other reviews!