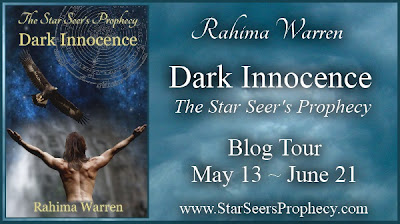 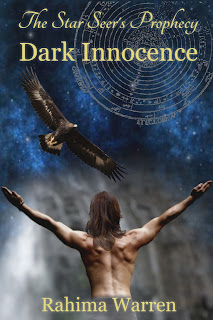 Dark Innocence: Book One of the Star-Seer's Prophecy by Rahima Warren
Guest Post with Author Rahima Warren
Love the title of this blog. In my case, I might say, “All the Fun starts IN the Dark!” I’d never tried writing fantasy, until one sleepless night, I wondered if I could write in the dark by the light of my new laptop. I wrote a short story for this dream/fantasy character who had been pestering me for decades. Surprise! This little story unleashed a wild, passionate creative torrent, and for the next three years, I had a secret literary love affair with this character, whose name turned out to be Kyr. He led me into the dark labyrinth of the Soul-Drinker, a vicious, depraved sorcerer-king. The Soul-Drinker keeps himself alive through orgies of torture, rape and murder, soaking in the soul-essence of his victims, and corrupting the people and the land. Kyr was raised and trained by torture, to be one of the Soul-Drinker’s obedient slaves. Kyr is ice and iron inside and cold-heartedly carries out the Soul-Drinker’s every evil whim.
I never imagined writing a fantasy novel (let alone a trilogy), and certainly not one so dark! But through my experience as an expressive arts therapist, I had learned to trust the process of free creative expression, no matter how dark or ugly. So I followed the flow and wrote whatever Kyr showed me. It certainly was dark, edgy, juicy fun!
I thought I would never show the story to anyone, but ten years later, Dark Innocence: Book One of the Star-Seer’s Prophecy was published. Here is a bit about Kyr’s story:
Six generations ago, the Soul-Drinker banished Zhovanya, the Goddess of the land, and has dominated the realm of Khailaz with his powerful sorcery and mental powers ever since. The Star-Seer, Lyriana, cast a thousand star-fates to discover who can overthrow him, bring back the Goddess, and restore the Sacred Balance. This is her Prophecy: 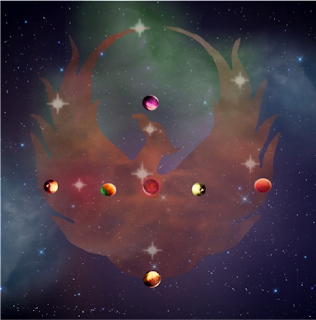 The Star-Seer’s Prophecy
When the Wanderers
form the Dire Cross
under the Firebird’s wings,
sorcery and murder
must give him life.
He must be abandoned.
May we be forgiven!
Star-cursed, twin-souled,
knowing only evil, pain and ice,
the dark innocent
is our salvation.
He must be betrayed.
May we be forgiven!
Through three hells,
through blissful heaven
and its loss,
he surrenders all
yet never yields.
He must be forsaken.
May we be forgiven!
Hollowed by suffering and evil,
Hallowed by expiation and submission,
the Vessel of the Goddess is created.
We must ensure his Fate.
May we be forgiven!
Her descendants have formed a secret Circle dedicated to finding the Dark Innocent, and ensuring that the Prophecy is fulfilled, no matter the cost. As the book begins, this burden rests on the Circle’s leader, Rajani, the Warrior-Mage. When the Soul-Drinker chooses Kyr as his Favorite, it is the long-awaited time for the Prophecy to be fulfilled, for Kyr is the Dark Innocent of the Prophecy. Rajani leads the Circle in an attack on the labyrinth, and rescues Kyr. What follows is the story of Kyr’s arduous journey from slavish obedience to evil to courageous service to the Goddess, as he fulfills the Star-Seer’s Prophecy.
ABOUT Dark Innocence: Book One of the Star-Seer's Prophecy by Rahima Warren
The “twin-souled dark innocent,” Kyr, is a youth born and raised to blindly carry out the Soul-Drinker’s brutal commands. At first, Kyr’s one desire is death, the only escape from the Soul-Drinker’s hellish rule. Just when he is about to get his wish, the secret Circle rescues him. Now he has to choose between the familiar easy path of despair and death, or the hard path of healing, living, and a greater destiny, about which he knows nothing. How can a slave who has known only evil, pain and obedience choose to become a man of courage and compassion, and fulfill the Star Seer's Prophecy?

Rahima is giving away prizes, including an e-copy of her book at each blog stop on her tour AND a Grand Prize Giveaway of a Custom Jumbo Tote Bag with your choice of fan art, chosen from here: http://www.starseersprophecy.com/fan-art/, plus other goodies, including a signed copy of Dark Innocence for one lucky winner, shipped to anywhere in the world!
1) To win a book: Leave a comment on what you are wildly passionate about to be entered to win a book. Be sure to leave your email address in the comments so we can contact you if you’re the lucky winner. This giveaway ends five days after the post goes live.
2) To win the Custom Jumbo Tote Bag with Rahima’s fan art of your choice, or a signed copy of Dark Innocence, or other goodies, click the link to go to Rahima’s website here: http://www.starseersprophecy.com/blog-tour/ and enter the Rafflecopter at the bottom of the page. A winner will be selected on June 21st.
Enter for the Grand Prize on Rahima’s website here: http://www.starseersprophecy.com/blog-tour
a Rafflecopter giveaway 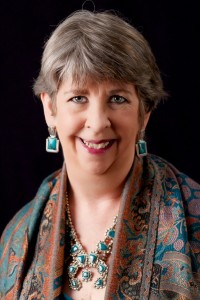 Rahima Warren’s Bio:
Rahima Warren is the author of Dark Innocence: Book One of the Star-Seer's Prophecy, a deep, rich novel of the healing journey. With Master's degrees in Clinical and Transpersonal Psychology, she was in private practice as a licensed psychotherapist for over 20 years. In 2006, Rahima retired to focus on her expressive painting, creative writing, and spiritual studies.
In her work with clients recovering from abuse, she was awed by the human capacity to heal, and to reach new levels of forgiveness, wholeness and happiness. She also learned to trust the psyche's own process. This enabled her to allow a dark and mysterious story to flood forth unhindered: Dark Innocence: Book One of the Star-Seer's Prophecy.
Rahima is a third-generation native of California and resides with her husband in Northern California, where she periodically chases squirrels off the wild bird feeders, and deer away from her roses. Her life-long love of fantasy is her parents' fault: they left sci-fi & fantasy magazines with fascinating cover art lying around the house.