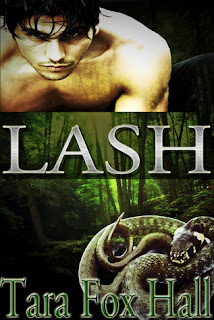 Scarred from a childhood spent in perpetual indigence after being forced from their home in the Everglades, weresnake Trystan Valeras and his family make their way to the Case Hotel. When his wealthy gangster father arrives the summer he turns sixteen, Trystan’s dream of a better life, along with the lovely aristocrat Mara, is suddenly within his grasp. Instead of paradise, a series of devastating events unfold, leading Trystan to become the instrument of his dying father’s revenge. His violent reprisal instigates a backlash of murder and death, forcing Trystan to flee with the remains of his family to the sultry city of New Orleans where he sells himself into the service of the Vampire Lord Abraham. Becoming the assassin Lash to hide his identity, Trystan finds a measure of peace, even as his skill with killing heightens, bringing to him not only new allies, but also new adversaries.

It took me a few chapters to get a grasp on the point of view this story is told in. The main Character Trystan is basically telling his life story. He is a Weresnake, growing up in the swamps of Florida with his Mother and Brother and they are living in poverty. When their swamp is being taken over by Humans to build an amusement park they are force to move on and find a home somewhere else. The struggles this family goes through are heart wrenching, Tara Fox Hall has really created some characters that grow on you and get into your heart but that's what makes a great book, right? Being able to connection with the characters on a deeper level!

Moving into the Human world is a hard life adjustment for them and there isn't very many Weresnakes around which does complicate things for finding a mate. After much struggling and travel Trystan's Mother gets a job at a hotel and in turn him and his Brother get to work there too. Things start to improve little by little and then Trystans estranged Father returns and has plans of his own. The story just grows from there and Trystan becomes a man to fear or the only man to have by your side. The journey into his Adult life is a dark and gruesome tale that will have you glued to this book.
I found it interesting to see how they overcome their lifestyle and adapt. Trystan is a great tortured character, he deals with a lot of heartache. He's a great protector, very loyal to those that have done good by him, and deadly when the need arises.
This is not a light read, it's a very in depth book that has a lot of dirty sex, drugs, revenge and killing. My favorite kind! It's a great Dark Paranormal read that will tug at your heart strings and have you wanting to kill some of the secondary characters as well!

GET YOUR COPY HERE
AMAZON

You can stalk the Author here (in a good way of course!) 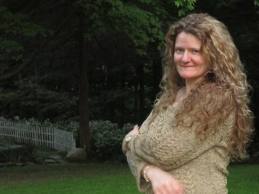