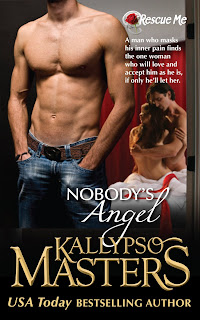 Marc's search-and-rescue partner, widower Luke Denton, confides he believes Angelina is the angel his wife promised to send him, convincing Marc she is meant for Luke. A painful incident from his past keeps Marc from letting any woman drive a wedge between him and a friend.

When the abusive Dom from Angelina's past threatens, Marc's protective instincts kick in; he must keep her safe. Again at the Masters at Arms Club, she turns the tables on Marc—and turns his safe, controlled world upside down.

This is Book Two in the RESCUE ME series and should be read after the free introduction to series, MASTERS AT ARMS. This book includes a strong secondary plot with Adam and Karla of MASTERS, including a dramatic ending that will set up their story that follows, NOBODY'S HERO. The novels in the series are not stand-alones and need to be read in order to understand and keep up with the events in the lives of these recurring characters. Also expect couples to continue to work on issues AFTER their happy endings. Marc and Angelina will return in each book, but as the primary characters in SOMEBODY'S ANGEL, Book Five.) 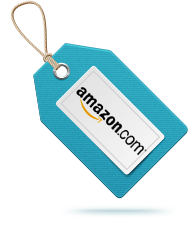 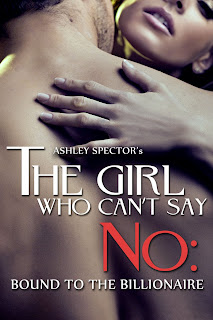 ADULT CONTENT WARNING:
When the anxious and timid actress Chloe Everett turns up to audition for a minor movie role, it's just another nerve-wracking day. For the quiet and darkly handsome producer Daniel Grant however, it's an unspoken opportunity. Beset by the nerves that have plagued her since childhood, Chloe agrees to one more audition, alone with the billionaire movie magnate... 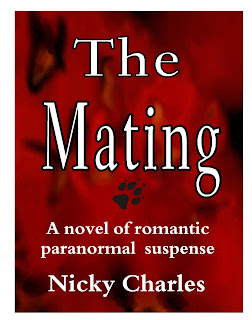 ADULT CONTENT WARNING:
Elise had no idea when she came home that day that she'd end up mated to a complete stranger. A new Alpha and the need for an alliance between packs have made her a pawn Excerpt: She lay beside him, staring blankly at the ceiling. The deed was done. They were mated. It didn't matter that she had no love for him nor he for her. Political alliances were more important than feelings... 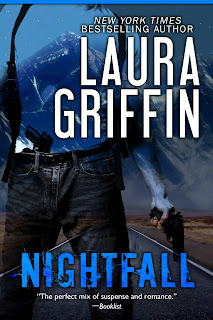 An eShort Story. Alone on an icy road at nightfall, Holly Henriksen puts her trust in a charming stranger and soon discovers he is keeping a dangerous secret. 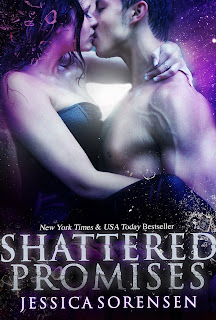 
For twenty-one year-old Gemma, life has never been normal. She knows nothing about her past and has been haunted by the same monsters in her nightmares for the last few months. Unemotional and numb to life, she feels disconnected from everyone. Until the very first day she cries. After that, nothing in her life is the same.

Her emotions slowly surface and she starts experiencing love, happiness, and anger, feelings she never knew existed. But they leave her confused and she doesn’t know whether to embrace them or run away from them.

Her life only gets more complicated when she meets Alex. Sexy, arrogant, and secretive, Alex can get under Gemma’s skin like no one can. Yet she’s drawn to him by an invisible connection she has no control over. She’s also seen him before. In her nightmares.

Every part of Gemma’s mind is screaming at her to stay away from Alex, but every other part of her is begging to get close to him. But the closer she gets, the more she realizes Alex knows more about her than he originally let on.

As secrets about her past unravel, Gemma’s life becomes threatened. She needs to figure out what’s going on, before she winds up dead. But the only person she can turn to for answers is the one person she isn’t sure she can trust. 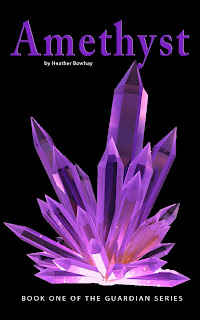 College-bound Lexi Adams leads no ordinary life. Premonitions dictate her every move, compelling her to rescue strangers day and night. After years of self-sacrifice, she decides to ignore one, but innocent people die. So, when the next premonition depicts her own death, Lexi is faced with the decision of a lifetime. As if an ill-fated future isn’t enough to deal with, a series of strange illnesses and murders devastate her small town, and co-worker Jessica Nelson insists Lexi can help.

According to Jessica, everyone is born with an inner energy called Essence. Only a select few, Amethysts, can control Essence and heal people. Jessica claims to be an Amethyst and asks Lexi to join her and a group of her friends as they track the murderers. Despite her personal plight, Lexi considers joining them.

Then again, Lexi discovers secrets run deep among Jessica’s friends. Not only do they have a hidden agenda, but they also harbor extraordinary abilities. And they have connections with the Ray-pacs – the sadistic killers who are preying on human Essence. Ultimately, Lexi must decide if life, not death, equals salvation. And if so, is she willing to make certain sacrifices and join her friends in eradicating the Ray-pacs? 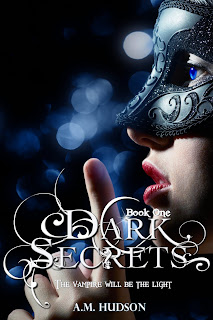 Since their release in 2011, books 1 & 2 from the vampire series, Dark Secrets, have come together, presented as one great book for one low price.

How can you be attracted to a guy who just said he wants to kill you?

Ara-Rose asks herself the same question. She’s been torn away from her old life, thrown into a new one in a new country, and in the midst of death, heartache and depression, she finds herself in love with a vampire—one who kills people with his teeth!

But the vampire is forbidden to fall for this human, and at the point Ara-Rose decides she can’t live without him, he pulls away and leaves her falling back to the darkness he woke her from. She will be caught up in a century-old feud among brothers, and the fight for love becomes a fight for her life.

The only question now is whether her beloved vampire will find her in time, or leave her to face a destiny he triggered with their first kiss. 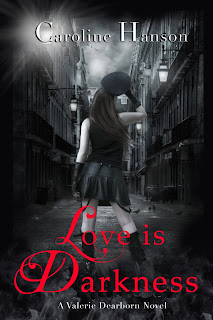 In London for graduate school, Val knows she's finally free. Her father and ex-almost-boyfriend are back in California and she's out of the Vampire hunting biz for good. Or is she?

She draws the attention of Lucas, a 1600 year old Vampire, and King to his kind. He’s also wicked hot. As golden as Lucifer, and just as tempting, he makes Valerie an offer she can't refuse— help him find out if the Others (Empaths, Fey and Werewolves) still exist or he'll stop protecting those she loves.

Lucas tells her that Empaths were a Vampire’s biggest weakness before going extinct hundreds of years ago. While the Fey or a Werewolf might kill a Vampire, an Empath could enslave them, seducing or harming with emotions at will. The one detail he leaves out? Valerie is an Empath.

And after 1600 years of an emotionless existence, Lucas wants Valerie like a recovering alcoholic wants a wine cooler.

Can she keep those she loves alive, stop Lucas from munching on her, survive a fanged revolution and still find a way to have that boring, normal life she’s always wanted? Probably not, but boy is she gonna try! 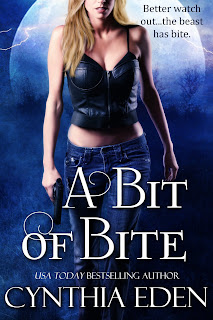 A killer is stalking the streets of Crossroads, Mississippi, and it's up to Sheriff Ava Dushaine to stop him. But when suspicion falls on werewolf alpha Julian Kasey--Ava's ex-lover and the man who still haunts her dreams--Ava knows that she'll either have to prove his innocence...or watch the whole town go up in flames.

A BIT OF BITE is a short paranormal romance--the story contains approximately 11,000 words. A BIT OF BITE is intended for adults--it includes hot werewolves, a dangerous heroine, and graphic language. Consider yourself warned.