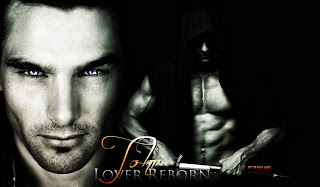 Is that not smoking hot! Tohr is one drool worthy warrior! Mmmm... ok moving on.

From Goodreads;
In the darkest corners of the night in Caldwell, New York, a conflict like no other rages. The city is home to a band of brothers born to defend their race: the warrior vampires of the Black Dagger Brotherhood.

Now back in the Brotherhood - and unrecognizable as the vampire leader he once was - Tohrment is physically emaciated and heartbroken beyond despair. When he begins to see his beloved in his dreams - trapped in a cold, isolating netherworld - Tohr turns to a self-serving fallen angel in hopes of saving the one he has lost. When he's told he must learn to love another to free his former mate, Tohr knows they are all doomed . . .

Except then a female with a shadowed history begins to get through to him. Against the backdrop of the raging war with the lessers, and with a new clan of vampires vying for the Blind King's throne, Tohr struggles between the buried past, and a very hot, passion-filled future . . . but can his heart let go and set all of them free?

*Review*
(Trying to keep it spoiler free)
I don't think I can do this book justice, it's so full of emotion. Taking you from gut wrenching heartache, to the thrill of fighting in the war and then slamming you with intense passion. It's not very often a book makes me cry but I was literally balling through this book. JR Ward is a master storyteller, days after finishing this book you will still be thinking about it!
From the beginning you jump straight into an action scene where Tohr's only mission in life is to take out Lessers and he does it with a vengeance.  He pours all his heartache and pain into this task and doesn't care that he is putting his own life in danger. It's been a year since Wellsie and their unborn child has died but it still feels like yesterday to him.
Since John and Xhex's ceremony Xhex's Mother No' One has been in the Mansion and she has taken it upon herself to help the staff with the housework to keep herself busy. She is also dealing with a lot of pain and emotional distress and it brings her and Tohr together.
There's a little bit of every Brother in this book which was great! You got the Band of Bastards and Lassiter was a huge part as well. I really like him, his attitude and the way he acts over his TV time is so funny. The ending of this book will leave a smile on your face and a tear in your eye.

I was able to attend JR Ward's book signing and got some inside scoop which can be found here http://allthefunstartsafterdark.blogspot.com/2012/04/j-r-ward-cincinnati-signing.html

Keep a look out because on April 16th After Dark will be joining in on the "Hunky Hero" blog hop and a signed copy of Lover Reborn will be up for grabs! 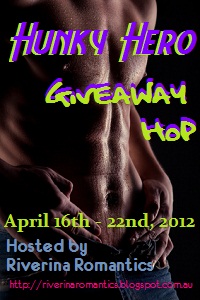 You can always follow me on FB or twitter to keep up to date on Giveaways and more! Link are in the right side panel.