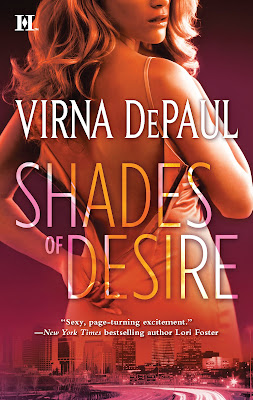 Blurp from Goodreads:
WHAT SHE CAN'T SEE COULD KILL HER. Natalie Jones is the lucky survivor of an elusive killer who preys on young women and then disappears from view. And since her harrowing ordeal, the once gutsy photojournalist has remained isolated in her home, paralyzed by fear and her failing vision. Special Agent Liam "Mac" McKenzie has scars of his own. But despite his efforts to ignore the attraction that simmers between him and Natalie, he needs her help to catch a predator. Soon, they will forge a tentative alliance-charged with desire. Through a soft-focus lens, Natalie dares to envision a future with Mac beyond the investigation...never guessing that the clues hidden within her photographs are drawing them into an explosive confrontation with a madman.

This book is considered Contemporary Romance, this is a genre I never read much of but being a fan of Virna DePaul's Paranormal series I decide to give it a chance. This book kind of hit close to home for me in the respect that I'm a photographer and could relate to the main character in that aspect.
Natalie is a Photojournalist that has been diagnosed with an eye disease that will eventually make her completely blind. She is desperately trying to hold on to her love of Photography but it is becoming harder and harder when all she can make out are outlines. She has become quite the homebody but one afternoon she decides to go to the Farmer's Market and takes a few shots, little does she know she could have taken some incriminating photos that day.
After coming home one evening Natalie is brutally attacked and Agent Liam Mckenzie or Mac is assigned to her case. Mac has a sneaking suspension that this could be the same man that Murdered a teen girl not long ago but it's hard for Natalie to give him a description of her attacker since her vision is about gone. Mac faces the challenge of finding this man and also his growing infatuation with his witness.
I though this was a great book, you can feel the heartache the main character Natalie was going through by loosing her vision and the denial that she is in. The man that attacked Natalie was beyond creepy, I loved how Virna gave him the lookout on life that he has, it made for a great character! It's something that you could definitely see happening in real life! The way Natalie and Mac interact became somewhat frustrating because they were attracted to each other but felt they shouldn't be. Mac felt crossing the barrier between witness and lover wouldn't be right and Natalie thought her blindness would come between them. I recommend reading this book, it has good suspense and a great flow. 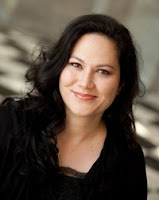