Review/Giveaway: Grace Through Blood by A. Jay Lee 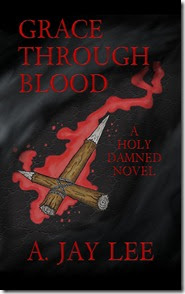 Blurp from Goodreads:
Welcome to the Nightlife of the Palmetto City

With an Arch-Demon masking itself as a serial killer, a NCSI agent hounding a Navy SEAL for crimes he didn’t commit, a clan of lycanthropes living secretly among the masses, and overseeing it all a congregation of pious vampires believing that they have ‘Divine Right’ over the city, the nights were wild enough. Add in one young woman with special abilities and in possession of a holy relic that threatens the existence of all vampires, and the stage is set for a dangerous mix of action and steamy sex over the course of hot, humid nights in this ‘Holy City’.

Jamie Grace wants nothing more than to lead a normal life, but her ability to see a person’s soul through an aura that radiates through every living person makes this wish impossible. Soon after arriving in her new home of Charleston, South Carolina, she encounters what appear to be humans that have no aura.

Jamie soon learns that the mysterious creatures are vicars of the Sanctum Damnatus and unfortunately they are as troubled about her existence as she is with theirs. Complications ensue when the vampire that has been sent to kill Jamie falls in love with her. With her would-be assassin turned protector, Jamie finds herself on the run from both the Damnatus and an Arch-Demon from Hell. Tangled with Christian dogma and biblical lore and set in this historic coastal Southern city, Jamie must find out whom she can trust and begin the journey of learning what she truly is in this first novel of the Holy Damned Saga.

Wow, what an excellent book! I'm shocked there aren't more reviews of Grace Through Blood.

In Charleston, South Carolina The Holy Damned, or what some would call Vampires, it's an organized religious group that believe their souls have been stripped away so that they can carry out Gods plan. They believe God has given them powers so any task can be completed. That is until a Mortal Woman named Jamie Grace is brought to their attention, no one knows what she is or how she has the power that she does. All they know is, she's a threat and needs to be taken out.


Jamie Grace is new to Charleston, while working in a local bookstore she meets Grant. As their relationship blossoms, and the sexual tension mounts Jamie and Grant are thrown into a world they didn't know existed and as their relationship continues they are forces to share their secrets with one another.
Jamie can see a persons soul through their Aura, when Grant is walking her home one evening from a date they come across a child. This is no ordinary child though, this child has no Aura. Jamie is speechless, she has never encounter a person without an Aura as as time goes on she sees more people just like the little girl. After a horrific night Jamie finds out why and people in their small community start turning up dead.
I highly recommend getting a copy of this book and going on a suspenseful, gruesome journey through the "Holy City" with a Women powerful enough to take out the Holy Damned race. But the question is will she wipe them out or save them.... 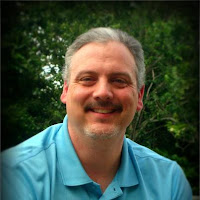 A. Jay Lee is generously offering a signed copy for one winner in US/CAN. Only mandatory entry is being a blog follower which can be located on the right side bar. All other entries are extra. Good Luck!

a Rafflecopter giveaway
Posted by bluesun1218 at 7:19 AM