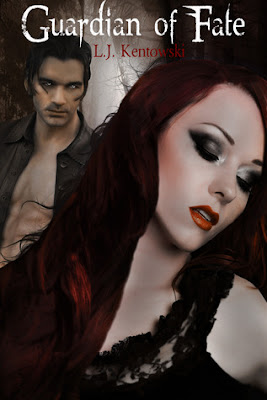 Fear of death is all too common.
Visions of it chill the bones and skip heartbeats.
Seeing it coming and knowing only you can rescue the soul of the victim
from the fiery bowels of hell…that’s downright life-altering.

Cassandra Cosgrove’s life was altered at the age of sixteen when she found out that it was her responsibility to save the lives, and ultimately the souls, of innocent victims targeted by Hell’s demons. As impossible as it seemed at first, she was able to live a fairly normal life, while secretly fulfilling her obligation as a Guardian of Fate.

But years later Fate has its own plan when her visions begin drastically changing at the same time two mysterious men appear in her life. Cassandra suddenly finds herself caught in a battle between good and evil, with her own soul on the line. When it seems everyone in her life has a secret they’ve been hiding from her, who can she trust to be the Guardian of her Fate

Get ready for a book that will pull you into an emotional tug of war! Cassandra is a Guardian of Fate which basically is someone who sees innocent people succumb to Demon persuasion and end their life or the life of others. Cassandra's job is to save those innocent people. After getting a vision Cassie high tails it to the location to save an innocent person but what happens is not what she expects. For some reason her vision was wrong and that never happens. While trying to figure out what went wrong and the fact that she isn't sure if she made the right decision she heads into a local bar. After entering she realizes that she is the only patron inside but pushes the uncomfortable silence away and makes her way to the bartender. After some light banter and flirting the door opens and in walks a man, the most gorgeous man Cassie has ever seen but there's one problem, He's been haunting her dreams for years.
Cassie gets a strong vibe that the two men know each other and can feel the hostility rising in the empty bar. Cassie takes her leave but not before the bartender Caleb, gives her his number and tries to persuade her into a date. These two men, Caleb and Hunter have plans that Cassie doesn't know about and they basically force themselves into her life. Some would think, hey two hot guys both wanting to be with me and that's what Cassie thought in the beginning but her perception of these Men quickly needs re evaluated, but who will she chose to trust and who will she run from?

This is truly a well written book that will grab your attention right from the beginning and not let go until the end. I find myself still thinking about this book days after I've read it! Fast paced, a love triangle gone wrong, and second guessing the Male characters. It so refreshing to find a Paranormal Romance that is like no other book out there. The ending you will not expect at all and it sets up perfect for book two in this series called Seeker of Fate due to come out sometime this Winter. 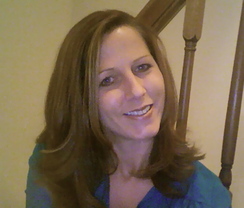 Interview with the Author
Welcome to All  the Fun Starts After Dark LJ! It's so great to have you!
Before I give away all my deep, dark secrets, I’d like to thank you, Brandy, and all of your followers, for letting me invade your space here on All The Fun Starts After Dark. It truly is an honor.
Your welcome here anytime!

LJ is generously offering not One BUT Two signed paperback copies of Guardian of Fate and it's open to everyone! Only mandatory entry is to be a blog follower which is located in the right side bar, all other options are extra entries, good luck everyone! Winners will be announce here, FB, Twitter and the winner will be emailed.
a Rafflecopter giveaway
Posted by bluesun1218 at 12:00 AM