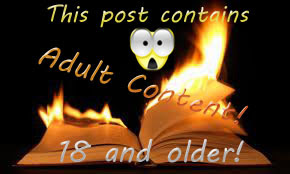 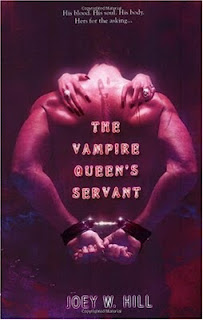 Lady Elyssa Yamato Amaterasu Wentworth is a centuries-old vampire who's been given a new servant-Jacob, a total alpha male unaccustomed to submitting to any woman's wishes. What really binds Jacob to her are not her sensual midnight hungers, but something far more provocative. It stirs her blood, renews her life, and awakens her soul like only true love can. The passion between Elyssa and Jacob yields something else unexpected-a shared history that reaches back through the centuries and is fated to challenge their destiny like nothing ever will again.


Jacob is a strong dominant Irish man who keeps catching glimpses of a beautiful Woman named Lady Elyssa. Jacob knows that she a vampire and he wants to be her Servant or slave. He just hopes his past occupation won't hinder Lyssa's decision. He is trained by one of Lyssa's old servant in the ways to serve Lyssa and what will be expected of him. What he finds as he is put through her tests is a lot more than he thought he would endure. Lyssa wants him to submit to her every will and demand but being the Alpha male that he is he's having a very hard time submitting.
Lyssa has recently lost her Human servant and her Husband, she has no problem being independent until she meets Jacob and starts to realize that she's missed the connection and touch of another.  With Lyssa's status in the Vampire world she can not show weakness of any kind but Jacob might prove to be her biggest weakness of all.
Lyssa decides she needs to break Jacob to teach him to be submissive like a servant should be but every time she does Jacob always surprises her.
As the story unfolds Jacob is put in numerous uncomfortable situations and his mind is battling with his heart.  Should he cut his losses and leave, he never thought he would have to endure some of the things he has or should he follow his heart and stay by his Mistresses side no matter what she wants him to do.
I found thus to be a great story, I really connected to Jacob and his views. It takes a strong man to handle what Lyssa wants out of a servant and Jacob has what it takes. I will be picking up the sequel to Jacob's and Lyssa's story called The Mark of the Vampire Queen.

Favorite Quote
"A person could make a lasting impression in less than a moment."

EXCERPT: ***18 and Older!!***
"Why do you want to become a human servant? Are you running from death? Or are you one of those idealistic idiots who believe vampires are misunderstood creatures, issuing pretentious threats while we cling to the shadows and whine out our angst over our lost mortality?”
The description made Jacob smile. Too late, he realized he should have curbed the urge. He’d been warned her moods changed as quickly as the snap of a whip.
In a blink, the room closed in on him with a suffocating energy. Making the chamber much warmer than the gas log fire, the power raised the hairs on his neck in warning.
“Do you realize, mortal, I could rip you apart limb by limb? Tear out your entrails and take your blood while you watch, choking on your last breath? Don’t play games with me, and do not speak false, or those words will be your last.”
When Jacob raised his gaze, he saw her eyes had taken on a reddish cast as she spoke, a hint of fang pushing over the right side of her full lip. The humanity had disappeared from her expression.
A wise man would have taken his hands off her foot. Put about a hundred feet between him and the threat he knew she was capable of executing. But Jacob knew that would be it. Game over. The last nine months of his life a waste. Most importantly, he would fail her, something he’d sworn to a dying man he would not do.
“I know you can destroy me,” he said quietly, staring back down at that shapely foot. “My reasons for wanting to be your servant are complicated and personal, my lady. My tongue isn’t clever enough to explain them as you wish me to do. But I can prove myself to you, if you’ll give me the opportunity.”
It took Herculean effort to manage the words in an even tone, to raise his attention back to her face and hold that preternatural gaze without flinching, though his muscles tensed in an involuntary readiness he knew would be futile if she chose to strike. “I suspect if you truly intended to tear my limbs off, you wouldn’t take the time to threaten me.”
“Perhaps I feed on fear.”
“There are other, more satisfying meals I can offer you.” Daring or just plain stupid he didn’t know, but going with his gut, Jacob bent and placed his lips against the top of her foot. 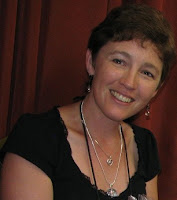 ** part of the AAD Reading Challenge**